The best in baseball clinics.

Check out our upcoming baseball training opportunities.
CATCHING CLINIC WITH DOUG MIRABELLI
This will be a high intensity training (HIT) workout.  Designed to get the most touches and repetitions possible during the hour session.

Core Areas:
Throwing:  Proper throwing mechanics and improving pop times
Footwork:  Improving footwork efficiency and quickness through different and quick intervals.
Blocking:  Improving this part of the game is crucial to being a great catcher.  When they are done with this clinic they will be on the right path of becoming a force behind the plate.
Receiving:  Easily the single most important part of the position.  Often overlooked by coaches but has a tremendous amount of effect on the game.
Mental/Leadership

Catchers are referred a lot of times as the QB of the baseball team or an extension of the coaching staff.  It is no wonder almost 25% of MLB managers were former catchers.  The position is demanding and the catcher must see things before they happen. 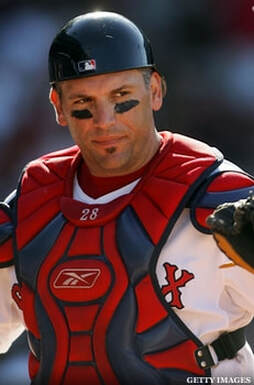 ​DOUG MIRABELLI BIO:
​FORMER MLB PLAYER AND UNIVERSITY OF FLORIDA ASSISTANT SOFTBALL COACH
Mirabelli, a two-time World Series Champion, was a fifth-round pick in the 1992 MLB Draft and spent 11 years in the Major Leagues, before retiring after the 2008 season. A three-time All-America catcher at Wichita State, Mirabelli is the only Shocker baseball player to earn three team Gold Glove Awards (1990-92), as he threw out 46 percent of all stolen base attempts.
Mirabelli joined a Gators' squad that went 60-7 in 2015, taking the Southeastern Conference title as well as their second-straight NCAA crown. UF reached the 60-win plateau for the third time in school history and posted its third-highest winning percentage (.895).

​
What They Said
Florida Head Coach Tim Walton
“I'm very excited to bring Doug Mirabelli onto our staff. With his extensive baseball background and professional experience, he brings a wealth of knowledge that will benefit our student-athletes and staff.
Florida Volunteer Assistant Coach Doug Mirabelli
Coaching Resume
·        Elite TC Cherry Bombs Softball (2009-15):
o   Started team at 10U level with 11 beginner softball players. The team  competed at highest level for its age group taking 2nd in State Championship
·        Chicago Cubs scout (2013-14):
o   Completed special assignments for team president Theo Epstein — including scouting potential catching prospects.
MLB Career
Mirabelli was a 1992 fifth-round draft pick of the San Francisco Giants, the 131st selection overall. Mirabelli eventually became a starter at Major League level and was a member of the 1997 and 2000 playoff teams. In 2000, Mirabelli recorded the lowest catcher's ERA in all of MLB.
After playing with the Texas Rangers and San Diego Padres, Mirabelli spent the final seven years of his career with the Boston Red Sox, where he helped end an 86-year span between world championships. In addition to his catching duties, Mirabelli worked on scouting and game strategy assignments.
College Career
Mirabelli played at Wichita State for three seasons. He was a 1992 American Baseball Coaches Association second-team All-America honoree and Collegiate Baseball third-team All-America catcher. He also earned 1991 Baseball America third-team All-America catcher honors and 1990 Baseball America Freshman second-team All-America honors. In 1991 and 1992, he was named Missouri Valley Conference All-Tournament catcher, and was honored on the 1992 NCAA Midwest Regional All-Tournament Team. He is the only Shocker baseball player to earn three team Gold Glove Awards (1990, '91, and '92) and was the clubs 1992 MVP. During his career, he threw out 46 percent of all opponents' stolen-base attempts, and was one of five Shockers invited to the Olympic Baseball Trials in 1992.
Background
Mirabelli and his wife, Kristin, have two daughters, Molly and Emma, and one son, Joseph. He graduated from Valley High School in Las Vegas, Nevada, in 1989 and studied Sports Business at Wichita State. 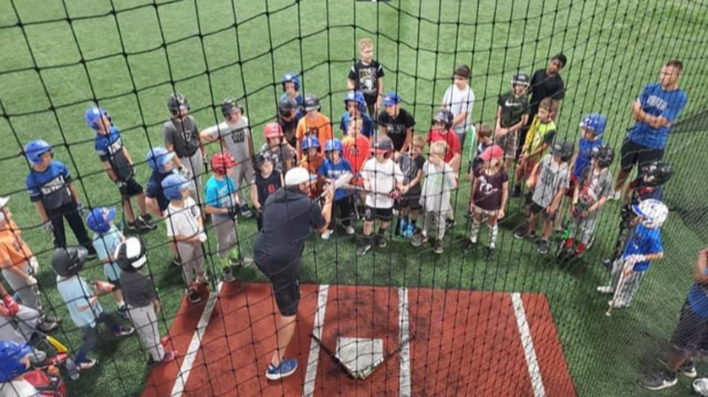 SNOWBALL SKILLS SERIES: BASEBALL
​
Join one of our favorite baseball trainers to focus on fundamentals!
Coach Doyle and his staff from the popular
Lockhart Rivals Baseball Program
( https://www.lrrivals.com)
have put on great summer camps with GritShop and we are happy to welcome them back for a winter session!


Camp Goals:  The primary purpose of the camp is to develop fundamental skills in a structured, positive learning environment.
The camp seeks to motivate each child to improve their individual skills and then continue to work on these skills after camp has ended.